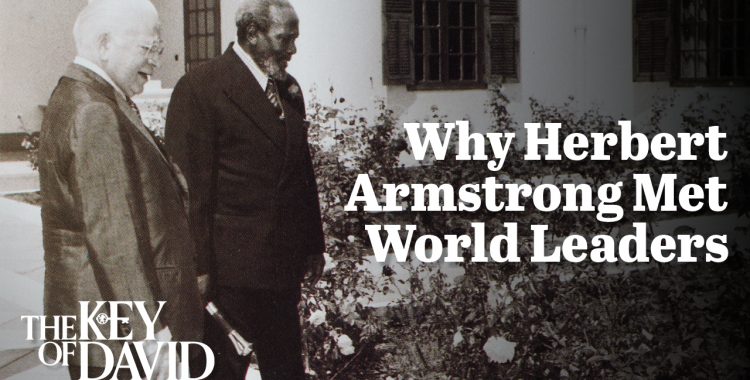 Over the course of his ministry in God’s Church, Mr. Armstrong met with over 300 world leaders—upon their invitation. While addressing them, he spoke forthrightly about many of the heartbreaking problems he saw in the nations he visited. But he always gave the nations hope; the inspiring solution of God’s Kingdom being set up on this Earth, which will solve all of mankind’s perils.

Mr. Armstrong possessed insight like no other man of his time because he didn’t speak from his own mind, but from the mind of God—through the truth revealed in the Bible. Before his death in 1986, he accurately prophesied of many world events that were to take place—and they have or are coming to pass today. Mr. Armstrong, however, never took any of the credit. Bible prophecy informed every one of his forecasts.

Today, Gerald Flurry continues the same work that Mr. Armstrong’s disloyal successors abandoned after his death. The Philadelphia Church of God has obtained the copyrights to all of Mr. Armstrong’s major works and offers them for free at no cost or obligation.

Be sure to request the two free booklets offered in this program:

We Have Had Our Last Chance