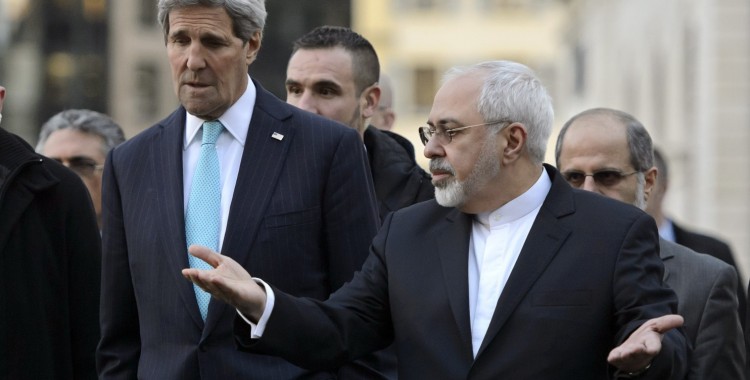 Gerald Flurry spoke about the United States’ nuclear deal with Iran on the Key of David TV program, which aired on Sunday, January 31. He explained what the consequences of that deal will be—the lifting of strict economic sanctions occurring on January 16 of this year.

In his recent Philadelphia Trumpet article “The Worst Foreign-Policy Blunder in American History,” Mr. Flurry brought out that Iran, the number one terrorist-sponsoring nation on Earth, now has an added $100 billion dollars flowing into their economy to further their ambitions.

Iranian president, Hassan Rouhani, called the move a “glorious victory,” but it was a very one-sided victory—the United States and the West received nothing in return.

As a result, Iran now has a clear path to nuclear weapons due to this tragic decision in foreign policy.

Mr. Flurry wrote in the same article that, “The Iran deal contains bad news and good news. The bad news is that Iran is now capable of triggering World War iii (Daniel 11:40). The good news is that Jesus Christ will return to stop mankind from annihilating itself (Daniel 2:44).”

Gerald Flurry sheds light on why these world-shaking events, such as the Iran nuclear deal, are taking place, and more importantly on the incredible hope that lies ahead of this current state of peril.

To understand more about Iran’s role in the Middle East, request Gerald Flurry’s free booklet: The King of the South