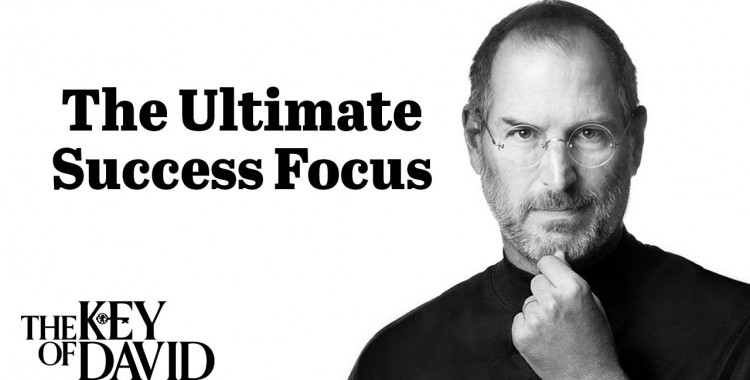 Steve Jobs, considered by many to be the greatest CEO of all time, had a very peculiar, yet profound quality about him that enabled him achieve so much success. His ability to focus intensely helped him to make Apple one of the greatest (arguably the greatest) companies in all history.

Activist investor Carl Icahn has listed Apple as being worth $1.4 trillion today—this says a lot about the vision and focus Steve Jobs had when developing products and striving for perfection.
On this episode of the Key of David program titled “The Ultimate Success focus,” host Gerald Flurry spoke about Steve Job’s ability to intensely focus on his goals—the ultimate success focus. This is the same kind of focus that we must acquire in order to attain a spiritual prize greater than anything else on earth—greater than any physical possession, including $1.4 trillion.
Gerald Flurry explained that striving to develop a single-minded focus like Jobs’ had will change people’s lives in incredible ways. He said in the program, “We need to learn to focus if we’re going to succeed! That is essential, and it’s just really the pillar—foundational pillar—of success!”
So often the small minority of people reach real success. In fact, most don’t even know how to define what real success is, so there is no hope that they will be able to actually attain it. Herbert W. Armstrong, pastor general of the Worldwide Church of God, wrote the book “The Seven Laws of Success,” which has been distributed to millions of people over the decades explaining how to attain true success in your life. The majority of successful and wealthy throughout history have properly applied the first six laws, but the seventh law eluded them! This book, which Gerald Flurry offered in this program, will reveal these crucial six laws, but also the pivotal seventh—the spiritual dimension to real and lasting success.